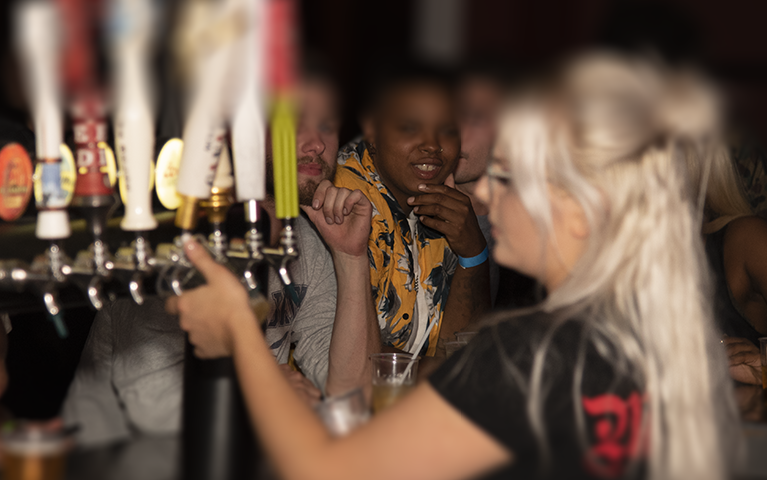 Macallan’s Pub has been serving their dedicated patrons for over 11 years in the heart of Montreal’s West Island. Walking in, you know immediately that this isn’t another run of the mill cocktail bar that oh so saturates Montreal’s streets.

No, Macallan’s is a true, authentic, local pub and happily serves its patrons from the West Island and Montreal, 7 days a week. But that’s not to say that you’ll be missing out on anything at all by spending your night out here instead of downtown. True to its roots, Macallan’s Pub has all the offerings of a local watering hole. Pool tables, slot machines, live sports, wings and friendly staff. And of course, beer! What makes it particularly special is the beer they have on tap (on top of a quite extensive scotch menu):

Heineken Extra Cold – The Dutch brand is probably the most recognized import brand in North America. Founded in 1864 in a working-class neighborhood in Amsterdam, the brand exploded onto the European market and did not take long to become a household name. Primarily exporting to France in its early days, then to the UK and Germany, and the rest is history. In 2015, Heineken launched Heineken Extra Cold, an innovative serving method for draught beer that allows beer to be served at 0°C for an unbelievably refreshing taste.

Newcastle Brown Ale – Originally produced in Newcastle, UK in 1927, the brand has since been acquired by Heineken in 2008. The brand came to prominence when student unions in the 80s started selling it on campuses en masse and by the 2000s, it was the top selling beer in the UK. It has always been and remains, a working man’s beer with much of the production still happening in the UK.

Murphy’s Stout – Murphy’s Brewery started out and still operates in Cork, Ireland, producing a distinctly Irish line of beers. It’s a dry stout and brewed to be less bitter than its hometown rival Guinness, with a wider appeal to tastes. It will come as no surprise that it was acquired by Heineken in 1983 and has been a staunch competitor to Guinness in the worldwide stout market.

Creemore Springs – Opened in 1987 in Creemore, ON, is a small batch brewer adhering to the Bavarian Purity Law, meaning that their beer is brewed with four ingredients (malted barley, hops, water and yeast). They also claim to not use preservatives and thus the beer always requires refrigeration. They creeped into the Quebec market in 2013 and has been a subsidiary of Molson Coors since 2005.

You already know that you’re not in a Montreal bar if it doesn’t carry Molson. Operating since 1786, and since 2005, continuing as Molson Coors Brewing Co., the brand needs no introduction in Canada. A piece of Montreal history that has made a mark on the world stage, it is the oldest continuously operating brewery in North America. Macallan’s Pub offers 4 of their brands on tap, namely Molson X, Molson Canadian, Coors Light and Rickard’s Red. This covers the spectrum of ale, lager, light beer, and red ale and proudly completes the lineup of beer on tap that Macallan’s has to offer.

You’re not going to find a selection of draught like this on top of a dedicated scotch menu at any local pub. Macallan’s Pub has been faithfully serving their regulars and newcomers alike for over 11 years and they have carved out a name for themselves in the pub and party scene in Dorval. So, whether you’re interested in scotch, select import beers on tap, or on the lookout for your next favorite go-to spot, they’re definitely ready to serve with open arms (pitcher in hand)!