Montreal is known for its lively nightlife, iconic restaurants, multicultural food and welcoming pubs. However, not every venue is the same. There are places you’ll visit once, and there are those that make you go back time and time again. One of them is Macallan’s Pub located in Dorval, West Island. This local spot is adored by regulars and newcomers alike for several reasons. From their friendly staff and great prices, to their entertaining events (such as the famous Country Night), there is something for everyone and it’s the best bar in town! 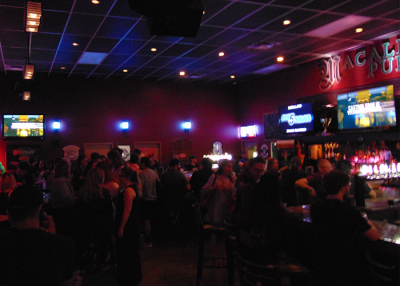 What started out as a dream to own an indoor golf centre, turned into much more, explains Wayne Blunt, owner of Macallan’s. From 1999-2005 at 212 Dorval Avenue, you would find the location of Golf-O-Max. At Golf-O-Max, you get the best golf simulation experience there is to offer. With 36 different golf courses to choose from, and over 100 different playing conditions, Blunt focuses on delivering a great game of golf for every player, all in the comfort of an indoor setting!

Business was so good during those six years, that Blunt and his partner at the time decided to expand. Coming up with a name for their new venture was easy seeing as Blunt has a Scottish background and Macallan’s whisky is his favourite drink. Several of the older customers were also Scottish, so the brainstorming process was a fast one. It didn’t take long for them to choose the name “Macallan’s” and that is how the pub came to be!

The pub industry is competitive, and many bars don’t last. There are many factors when it comes to whether pubs have a short or long lifespan. Factors such as cost of repairs or rent, gradual loss of patrons, competitors and simply time running its course. Bars and restaurants such as Le Pionnier in Pointe-Claire, Buonanotte on St-Laurent, and the famous Irish Embassy Downtown, have all either had to close their doors temporarily, or for good. These are just a few examples of how even cherished spots can disappear in what seems like a blink of an eye. Even with several bars closing their doors, Macallan’s has been going strong all these years and shows no signs of closing. That’s not to say that they haven’t gone through their own ups and downs.

On May 31, 2006 smoking in public places such as hospitals, schools, offices and yes, bars and restaurants were banned. This obviously influenced several industries, and many bars never recovered. According to Renaud Poulin, the President of Quebec’s largest bar owners’ association, restaurants and bars lost 17% of their business because of this ban. While it did affect Macallan’s, there was not much they could do in order to overcome the situation. They simply understood that people do adjust, and with time it would just be the new normal.

Another challenge came two years later in 2008, when the economic crisis in the United States crossed the border. However, even while it had its effects on many businesses in Canada, Macallan’s was a pillar of resilience. “It was a tough 3 years, but we were patient and took our time. We stayed calm and knew to just keep moving forward.”, states Blunt.

What Sets Macallan’s Apart from the Rest?

Macallan’s is an important staple in the West Island due to its size, events and amazing prices.

Macallan’s is not a dive bar or “hole in the wall” kind of pub. It is more open-spaced and with its 14-foot-high ceilings, it is incredibly spacious. You are not crammed next to other patrons, and it is more airy than other bars.

With several bars, tables, booths, a spot for live music, a dart board and multiple pool tables, you’ll find yourself in a welcoming and entertaining spot to relax. You can also sit back and watch live sports events on one of their several screens, making this location perfect for any group get together.

The events that take place at Macallan’s is the blood that keeps its heart beating. No matter what night of the week you decide to visit, there is something special for you to enjoy. For example, Tuesday Wing Night starts your week off right with wings (for 65cents each!) available in a variety of sauces.

On Wednesdays, from 3 P.M to 3 A.M, you can enjoy playing pool for free. Simply choose a table and have fun with your friends! Also, starting at 10 P.M, music is provided by Don the Jewla and DJ Methodic. There is no cover charge, so it’s the perfect place to go for some midweek stress relief.

From 10:30 P.M to 1 A.M on Saturday nights, join the party of Saturday Insanity. For one low price, bring your friends and dance your hearts out until closing.

Finally, the most popular event- Country Night! Blunt came up with the idea to host Country Night on the first Friday of every month about five years ago and it has been a hit ever since. They are no longer many bars that offer Country Night downtown, and Macallan’s is the only one hosting it in the West Island. They offer prizes for the best cowboy/cowgirl attire and DJ Shamrock is there to spin classic country music. Once again, with no cover charge, it’s the most fun place to be and it all starts at 9 P.M. 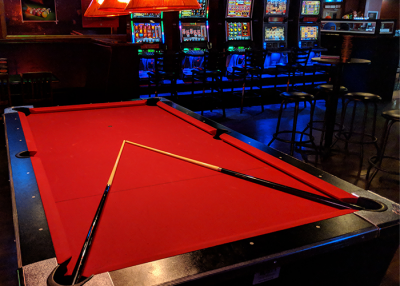 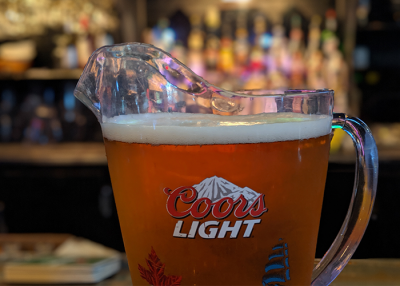 Whether it’s the cost of beverages or food, you can always be confident in the low prices at Macallan’s. From their competitive draft pricing, to a glass of scotch, you’ll find what you’re in the mood for at an amazing price. They are the home of the Thursday $6 Pints & Drinks and their menu is full of affordable, delicious food. Their meals all cost less than $15!

Starting September 23rd, they will have a new promo special! Monday to Friday, from noon until midnight, a pitcher of domestic draft beer will be only $15! If you have yet to try Macallan’s, this will be the perfect time to fall in love with it like many others already have..

Business has been running smoothly for Macallan’s and they look forward for what is to come. For the moment, the menu is a tad limited (90% of profits come from the alcohol sales) but they will soon be expanding their cooking area into a full kitchen!

Customer satisfaction has always been their main priority and they wish to provide their customers with more meal options. Hopefully, with a full kitchen and a more extensive menu, they will be able to make their clients even happier. The aim is to have the kitchen set up for December 1st, and they are excited to look at new and interesting food options to offer.

No matter what comes their way, they will continue to thrive and take pride in serving their customers. Any establishment that has a good rapport with its clientele has a history of dedication and passion. This is the perfect way to describe Macallan’s Pub and we can’t wait to see what the future holds..